One of the Filipino classics, this Pork Filipino Bistek Tagalog Recipe is indeed a must-try dish. It is a comfort food best served with a mountain of rice! Check out the recipe below and try this dish yourself.

Perhaps one of my ultimate favorite Filipino dishes besides Sinigang and Adobo, I always find myself craving and cooking this ever-so-famous pork bistek Tagalog recipe at least a few times a month!

What is not to like about this dish anyways, it has the perfect balance between savory, tang, and sweetness from the caramelized onions. Go ahead and try this dish and let me know if you liked it as much as I did! 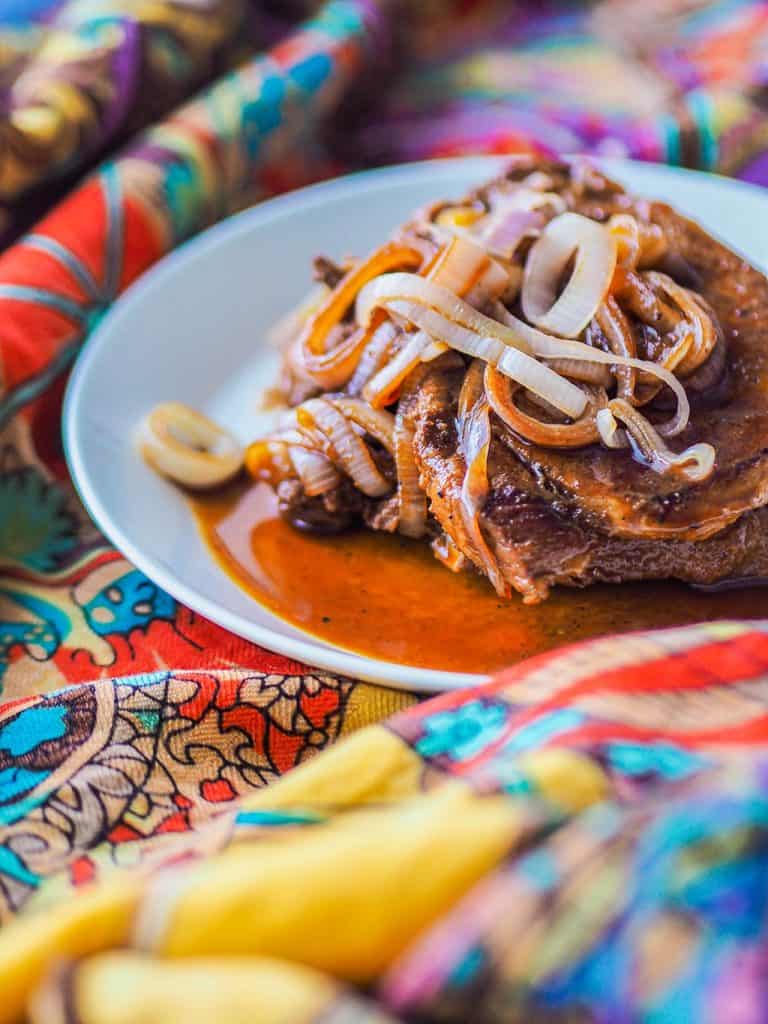 What is bistek tagalog?

Bistek is derived from the word “beefsteak”, there’s really no historical relevance how it became bistek but I’m just assuming that the Filipino’s “localized” the English term.

Bistek Tagalog basically translates to “Filipino Beefsteak” or “Beefsteak from the Tagalog region”. Honestly, it is confusing as Tagalog is a local dialect which is also the national language of the Philippines formally called Filipino.

Some regions in the Philippines also have their own version of this dish and have their own name for it. I am originally from Laguna which is predominantly Tagalog hence I grew up knowing this dish as Bistek Tagalog.

Honestly, it doesn’t really matter where it is from, most Filipinos know and love this dish regardless!

Bistek Tagalog is usually made with thinly sliced beef but a lot of Filipinos like myself change it up from time-to-time and use pork chop (as it is a cheaper alternative) instead.

The process doesn’t really change much regardless of which meat you use and the end products are equally tasty, so use whichever meat you prefer and follow the same instructions below.

How long should I marinate my pork steak?

Rule of thumb is that you should always marinate meat at least for an hour but for best results, marinate it overnight so the flavors penetrate and tenderize the meat. If you’re short in time, slice your meat thinly and keep it in the marinade for at least an hour.

How to cook bistek tagalog recipe

Bistek Tagalog is honestly as simple as it gets. First heat up your pan and add oil, sautée your onion rings until caramelized and set it aside.

Using the same pan with bits of your caramelized onion, add more oil and fry pork until it is brown and add the remaining marinade and some water. Let it cook in medium-low heat until the meat is tender.

Once the meat is cooked, add the caramelized onion on top, cook for a little longer and serve.

What should I eat this with?

Normally, Bistek Tagalog is one of the many viands laid out on the table usually accompanied by other Filipino favorites depending on the family. Most importantly, though, is that this is served with a mountain of freshly steamed/cooked rice and most of the time, you do not need anything else.

I personally like to have simple but freshly steamed vegetables on the side like water spinach (kangkong) or sautéed Chinese vegetables like Chop Suey. Most of the time I eat this dish with just rice and nothing else because truly, that’s all you’ll want with this dish!

Here's my own version of the classic Filipino favorite dish usually made with beef, this Filipino Bistek Tagalog Recipe brings back time when my Grandma used to make it for the family.
5 from 1 vote
Print Pin Recipe Rate
Prep Time: 5 minutes
Cook Time: 20 minutes
Inactive time: 1 hour
Servings: 2 Portions
Calories per serving: 382kcal
Metric - US Customary

This Filipino Bistek Tagalog Recipe is usually served with steamed rice. Also, if you can get your hand on kalamansi juice, use that instead of lime so it is more traditional! 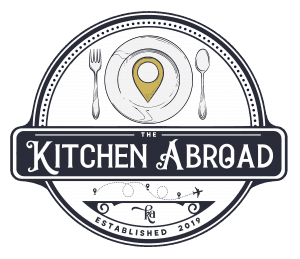 The Kitchen Abroad is an online food magazine, run by ex-chef turned digital nomad Evan Kristine, where you’ll find loads of comfort food and cooking for one recipes, budget-friendly ingredients, and a realistic approach to home cooking.

The Kitchen Abroad is a participant in the Amazon Services LLC Associates Program, an affiliate advertising program designed to provide a means for sites to earn advertising fees by advertising and linking to Amazon.com